All About Australia’s Ascot Race Track 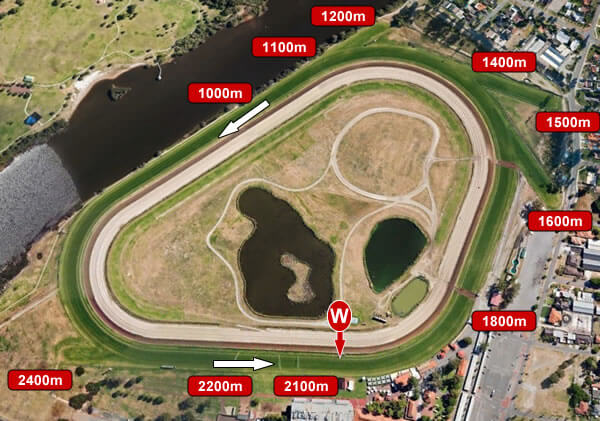 Ascot is a popular racetrack in Perth, Western Australia. The track is situated about three kilometres outside the central business district, and is the headquarters of Perth Racing. Ascot is regarded as the grand old lady of Australian racecourses, being not only the most famous track but one of the oldest in the country as well. The track is two Kilometres long, consisting of modern well-drained turf, and features a 300 metre, slightly inclining home straight.

The track features a number of on site bookies, as well as electronic Tote machines for those you do not wish to stand in long queues.  The track plays host to a number of Group 1 races including the Kingston Town Classic and the Railway Stakes. The Perth Cup is held on New Years Day that incorporates a number of different races that are conducted throughout the day.

Knowing how barrier positions at Ascot play a part in a race can help when placing a successful wager on a horse. The length of the race plays a large part in which barrier positions are more beneficial. As Ascot is one of the smallest courses in Australia, inside barriers are usually an advantage as there is very little time to make up lost ground for horses who draw the outside line. In Races such as 1100 and 1200 metres, inside barriers have a distinct advantage.

It is not unheard of however of a horse winning from a wide draw, if the horse is capable of starting quickly and heading up front.  Longer races such as 1400 metres and 1500 have a short run up to the first turn, so inside barriers provide an even larger advantage. The longer the race gets from there, the less impact barriers have.

Online Betting For Races At Ascot

Placing a bet on a race at Ascot can be done online via a large number of mobile horse betting sites. Races at Ascot are generally televised, as they are official tab events, either on local TV or pay TV. To find an online site that covers your race simply use your search engine on either a computer or laptop, or even a mobile device. Betting via mobile devices allows punters to place a wager on a race from pretty much wherever they are.

Online betting sites also offer other services, such as live streaming or podcast of particular races if they are not televised on mainstream TV. This allows punters to keep up to date with the race as it unfolds, and change their bet as they wish just before the race begins.

The Perth Cup is a series of races which is held at Ascot on New Years eve or New Years Day. The day consists of a number of races beginning with maiden races for green horses and ending with the official Perth Cup itself which is run over 2400 metres and features a purse of 500 000 dollars. The Perth Cup is a group two race and has been one of the key races in a number of elite thoroughbred horses racing careers. Information on the horses running in the Perth Cup is available online on a large number of sites.

Favourite horses have higher odds of winning, but the payouts on a favourite will be less than the payout should you bet on an Underdog and it wins. When placing a bet on The Perth cup make sure to read up the history of all the horses, keeping an eye out for a potential upset, which may result in a lucrative bet for you.