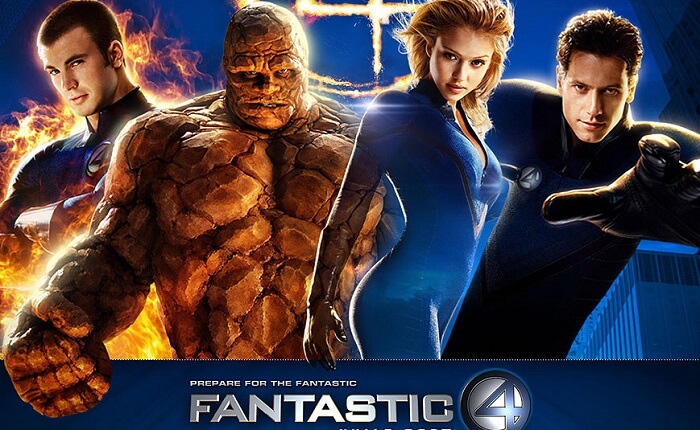 Fantastic Four is a video slots game that offers its players five reels and twenty pay lines to play on. It gives them a range of wild symbols, scatter symbols, free spins, and four additional bonus features, as well as the chance to land one of the Marvel progressive jackpots. The game has been developed by Playtech and is based on the Marvel superhero comic books of the same name, which have more recently been transformed into major action movie motion picture productions.

The Fantastic Four video slots game scatter symbol is represented by the icon of the Earth. If players land three or more of these Earth scatter symbols, they will receive a coin payout in addition to the reward of the activation of the free spins round. Players will be rewarded with twelve free spins, during which the third reel become stacked with hero symbols.

During the free spins round, the third reel will become stacked with hero symbols. Once the entire reel is covered with one of the heroes, this will activate one of four Fantastic Four bonus features, depending on which hero the reel is stacked with.

If the third reel is filled with Mr Fantastic symbols, players will be rewarded with four additional free spins. Mr Fantastic himself will become a wild symbol and substitute for any and all of the other symbols, except for the scatter symbol and the regular wild symbol.

If the third reel is stacked with the Invisible Woman, then players will be rewarded with one total bet and four extra free spins. During these spins, if the Invisible Woman appears at least one time on the reels, then the multiplier value will grow by one. When the four extra spins come to an end, all of the winnings from that round will be multiplied by the total multiplier.

If the third reel is stacked with The Thing symbols, then players will be rewarded with three additional free spins. Every time The Thing appears, it will turn into a wild symbol and remain sticky for the rest of the available free spins.